Singapore was the host country for the 4th South East Asia Best Sommelier Competition 2013. Thanks to TheLocalNose and Sommelier Association of Singapore, I had the privilege to participate from the start until the end of the event which took place at Traders Hotel Singapore on a beautiful Monday, 26th of August 2013. A Facebook page for this event was setup and when the following image was posted on Friday night, I was hyper excited to read a name that sounded so familiar to my heart.

It was not because I knew anybody on this page, though 2 of them are from the same country as me, my beloved Indonesia. However, a familiar surname that is so close to where I was born; triggered something in my heart that I couldn’t explain. I knew then that I would talk to him no matter what it took. That was exactly what I did. 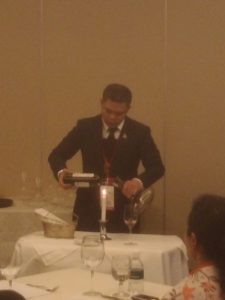 Togu Sahat Nainggolan is a passionate sommelier from a hip casual dining destination named Cork&Screw in Jakarta. The surname Nainggolan is a total giveaway that he belongs to the Batak ethnic group which originated from North Sumatra. However, unlike his parents, he was born and bred in Jakarta. I first saw him when he was waiting for his practical test. Unlike many contestants who were normally nervous and sat down quietly while waiting for their turns, Sahat was always smiling and even joking around with the organizers.

I managed to witness him in action when he was tested for serving and decanting of wine. The judges were all agreeable that he was good. I was confident then that he would easily be one of the top 3 finalists. My gut instinct was proven right again when the announcement was made and I couldn’t wait to see him in action for the final test. 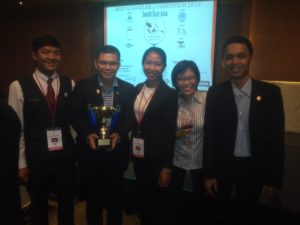 Compared to the other 2 finalists, Sahat may seem to be less polished however by the end of the night, before the winner of the competition was announced, everyone I talked to unanimously agreed that, even if he may not win the competition, they would love to have him be their sommelier. I was one of the 3 people in the room who raised up my hand when Master Sommelier Frank Kämmer jokingly asked on stage,”Who would like to hire this funny sommelier?”

His journey to be where he is now started with a question his dad asked him after high school – “Son, so what do you want to do next?” He had no clue. He told his dad, he doesn’t mind anything as long as it’s not a desk-bound job. His dad encouraged him to take up a diploma in hospitality in Bandung.

His first encounter with wines was during his internship in Kuala Lumpur (Malaysia). As an observer, he was curious when the customers were swirling their wine glass. He wondered what substance that was. He then stumbled an opened bottle of wine, he drank it but only found out few years later that what he had then was a spoiled wine.

His curiousity grew further when he was working at Riva at The Park Lane Hotel (Jakarta) in 2009. 6 months later, he still didn’t understand anything about wine at all. However, he always made sure he tasted whatever he could get his hands on. Sometimes, with fellow colleagues they would have tastings of specific grape variety from 3 different countries which as time goes by helped him to discern wines better.

His mom was not a big fan of this habit of his. (Wonder whose mom will be …) However, he consciously told himself – “I know I’m a drinker but I will get something out of this. There’s a purpose to drinking and I am going to figure it out.”

Figure it out he did. In 2010, he was the finalist for 2 sommelier competitions in Indonesia; one was organized by SOPEXA and the other one by Indonesia Sommelier Association. In 2011, he dreamt that he would win the national competition a few nights before, however his dream was crushed and he was quite disappointed. He was again only a finalist.

In 2012, the fruit of his labour has come to fruition, he represented Indonesia for the 3rd SEA Best Sommelier Competition in Kuala Lumpur and managed to be the 2nd runner up. This year not only he managed to be the 1st runner up but he has won the hearts of many people in the room through his totally unplanned and refreshing sense of humour that even the judges couldn’t help but laugh together with the audience. Put it simply,  he was simply being his unpretentious self, and it worked charmingly well. While witnessing him in action during the final test, my colleague said she will definitely visit Cork&Screw when she goes to Jakarta. I too have made a date with him but alas have to wait until next year for that.

Ending the interview, I asked him if the world ends tomorrow, what wine would he be drinking? Being a true blue Indonesian who loves diversity, he couldn’t stop at only 1, so he gave me 2 answers:

Lastly, I will not let anybody get away before answering my favourite question – What is your purpose of life? He said,”My purpose of life is to make my parents proud of me and my country proud.”

Sahat, you already did just that. Thank you for showing what Indonesia is capable of doing with our super big hearts and great sense of humour. In the spirit of Batak, we ended the interview with,”Horas bah!” 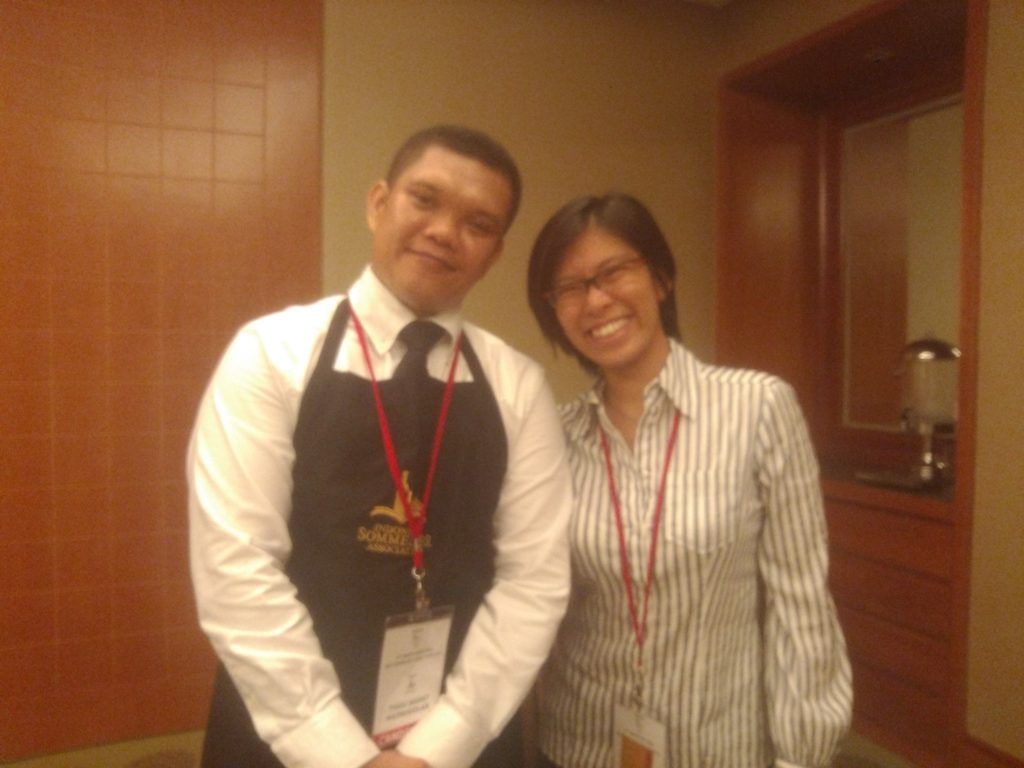 (Originally Published in TheLocalNose.com on the 29th of August 2013)