The Local Nose had once again transported me to another country through their ‘Strine Wine and Dine. So, I happily hopped to The Down Under! This time we chose a very appropriately named Melbourne gastrobar – Intrepid. I just found out it means ‘fearless’. Now I understand why I had such a bold night!

Lucia, our awesome host had carefully selected 4 Australian wines to pair up with the menu. If you were not there, this was what you missed.

We were first welcomed by a 2005 Tasmanian Kreglinger Brut bubbly. It has toasty nose which paired really well with a basket of bread that was prepared by Intrepid. As the evening progressed, our appetite was teased by the distinct smell of truffle oil from afar (at least that happened to me).

Our appetizer was a dish that consisted of chorizo chips, poached egg, smashed peas and truffle oils. Personally, I don’t normally like to take photo of food but the yolk was hidden so beautifully inside that such precious moment has to be captured. Taking photo of food was apparently an addictive process especially the next few dishes were as charming too.

A chardonnay from Connawarra (border of Victoria and South Australia) was chosen to be paired up with the appetizer.  The wine from Katnook Founder’s Block has that toasty, biscuty nose with lemon on the palate. The refreshing acidity gives a bit of spritzy finish. The chardonnay was very well received that the demand almost outgrew the supply. I was glad I had more than just 1 glass because it was my favourite.

Moving on to our main courses, there are 2 choices for the night – Salt-baked barramundi, with pearl potatoes, smoked oyster and white wine clam or fillet of beef, smoked onion jam, melted stilton and potato purée. The latter was not part of the usual menu, maybe they should. The beef was so tender that I kept stealing my neighbour’s food. How unfortunate of him to be on the same table as me. Well, I too share my barramundi which was as pleasant. Making sure the paired wine is versatile to be with the beef or the fish, a Cabernet Sauvignon by Flametree Embers from Margaret River in Western Australia was chosen. Hailed by a few critics as the easy drinking new world Bordeaux, it has minty and blackcurrant aroma with smooth tannins.

Like any other TLN’s events, a night like this must end on a very sweet note. Intrepid decided to serve their unique Rose pavlova, pomegranate, lychees, fresh cream and pistachios. I love it so much until I almost forgot there was still wine in the line-up. Last wine of the night was Seifried Sweet Agnes Ice Riesling from Nelson (northern tip of South Island, NZ). Quoting Lucia, “It has floral nose followed by ripe apricots, then sweet lemon on the palate, like a lemon tart. A really nice crisp acid finish to wash off the sweetness.” By the end of the night, I too understood what the term “lifestyle inflation” really means. I revisited my Chardonnay after the Ice Riesling and I believe my look was pretty priceless when I took that sip. But after a while, it didn’t really matter because the fun continued on.

How was my trip to Australia through TLN? Splendid! It was full of laughter throughout the night and with a few more friends around me, I did end the night boldly, daringly and differently. Just like the slogan of Intrepid Gastrobar. Thank you, Rommel and Michelle (owners of Intrepid) for the great time and special thank for Lucia for making it happened. As the best seller author Dr. Brené Brown said, “I’d say the one thing we have in common is that we’re sick of feeling afraid. We want to dare greatly.”  The Strine Wine and Dine event has definitely in the list of the most memorable night in my life. Thank you again and again TLN for the chance to be part of it. As always … I’m looking forward to the next one. Lucia, when will it be? 😉 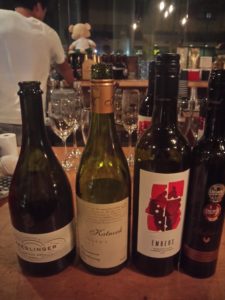 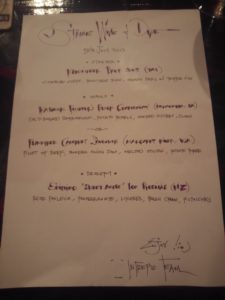 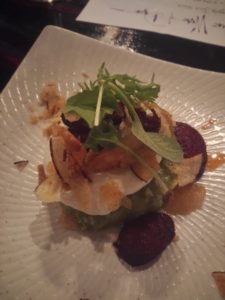 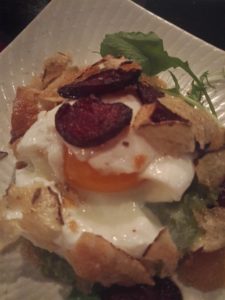 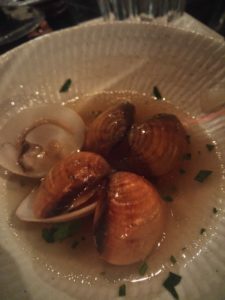 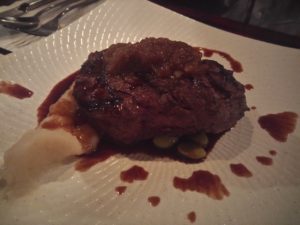 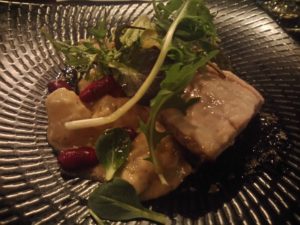 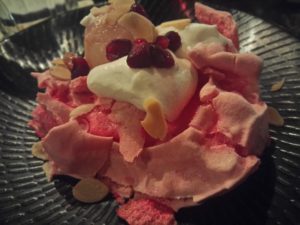 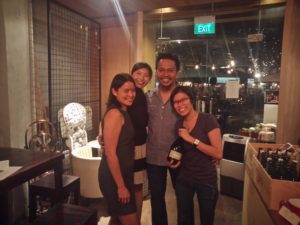 (Unpublished article written on the 18th of July 2017 for TheLocalNose.com)