Speaking of procrastination, this article is definitely a pinnacle out of all my masterpieces. For this, I would like to activate the wisdom of – better late than never, but I know everything has its own season and timing and this is one of the living proof or just my skillful justification. I received this task at the very last minute, literally just a day before the event. I took it on pretty happily because it involved interviewing 2 very special people from Cambodia. They were the last minute additions to the 4th South East Asia Best Sommelier Competition 2013 hence their profiles were not included in the booklet.

After interviewing the 1st runner up – Mr. Togu Sahat Nainggolan, I continued to search for the next two important people – Eden Gnean of Sofitel Cambodia and Hak Seyha from Topaz Restaurant. They were both winners in Cambodian first of its kind training competition.

And so the interview began …

Why do you love wine?

Eden: Because it is a living product. It’s good for health and some smell like perfume.

Syeha: I used to drink anything when I was a bartender for 4 years. But it was my boss who kept pushing me to learn more. 2 more years of tasting, I said “no” in the beginning then I said “yes” to wine in the end. Now, here I am.

What do you think of Singapore during this trip?

Eden: It’s so clean and well organized. I love the shopping and most importantly I appreciate how important the English language is.

Syeha: Same as Eden, it made me realize that English is so crucial. Singapore is magical and the people are very nice.

How would you describe Cambodia then?

Eden: Simple. Friendly. Young. However because we are a young country, we love to observe and learn.

Syeha: Very friendly. We have the spirit of collaborating and helping each other. Because we are young, we may have less confidence but we are definitely learning a lot.

If today is the last day on earth, what would you be drinking?

Eden: Riesling from Germany or Alsace

Lastly, what do you think is your purpose of life?

Eden: To make people happy and to help each other.

Syeha: To improve myself especially with my job, my knowledge and English language.

Both of them ended the interview by proclaiming that whatever they are doing they just want to make Cambodia proud. I didn’t manage to witness Syeha compete but I witnessed Eden and she was being so true to herself by recommending what she personally loves to the judges – Riesling! I remember that moment!

Thank you, Eden and Syeha. Sure, Cambodia is a very young country compared to the rest of the participating countries in the competition. However it’s a country that’s very eager to learn and in no time they will be back with heightened knowledge and skill. Though Syeha and Eden were included pretty late in the competition, most importantly they made it, they tried their very best and they made the country proud simply by their presence. A true example of it’s never too late for doing anything that you love and it’s never too late for me to submit this article, finally. 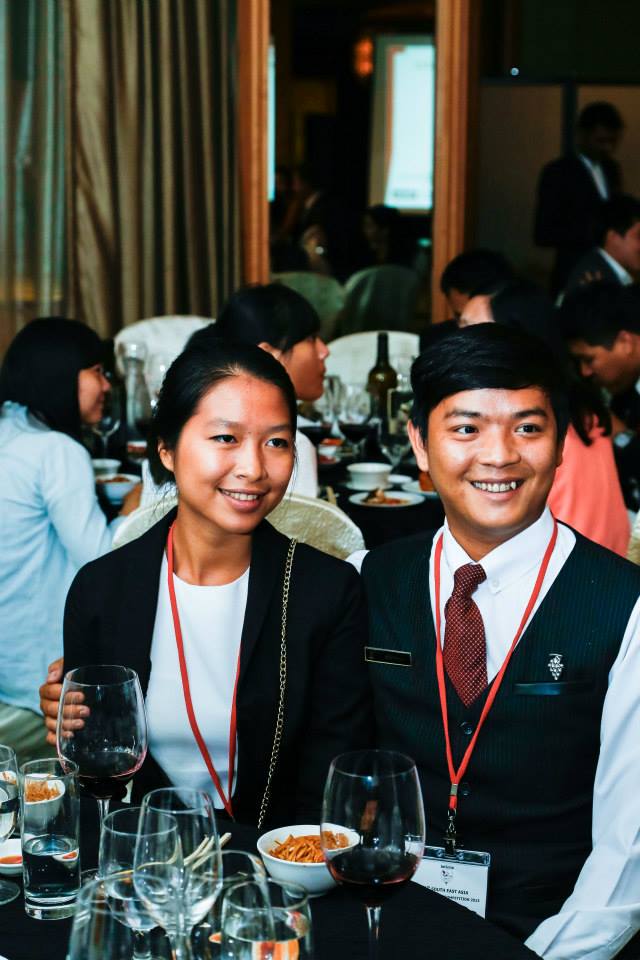 (Originally Published in TheLocalNose.com on the 27th of August 2013)